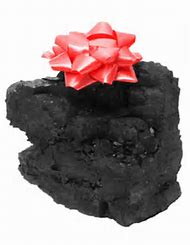 The North Carolina Court of Appeals delivered a lump of coal to one homeowners association this winter.  In McVicker vs. Bogue Sound Yacht Club, Inc., available here, which came out on December 20th, the Court of Appeals ruled that a homeowners association had exceeded its authority when it attempted to collect a construction bond from an owner, and again when it fined that same owner for failing to timely deposit the impermissible construction bond.

The facts appear to be relatively straightforward.  The homeowners, not realizing that they had to obtain prior approval, hired a contractor to clear their lot of brush and other debris.  As the clearing was underway, the association notified the owners that the clearing required prior approval from the architectural review committee.

At issue was one of the policies enacted by the board of directors which required any owner, as a condition to the architectural review committee’s consideration of any architectural plan, to submit a $250 construction bond.  The construction bond was intended to offset the costs of any damage to the community’s common areas. The bond was not provided for in the association’s restrictive covenants, but was apparently adopted by the board as a part of its architectural approval process. Such bonds or deposits are not necessarily unusual; we know of some high-end associations which charge as much as $10,000 as a deposit to ensure compliance during the construction process. 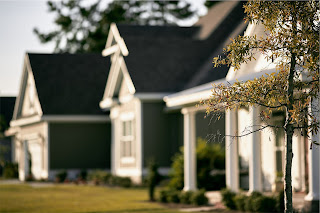 After a violation hearing, the board of directors in this case required the homeowners to submit an architectural plan describing what they intended to do with the property and to deposit the construction bond, or face a fine of $100.00 per day.  The homeowners submitted their plans late, which the board retroactively approved.  The owners did deposit the construction bond, albeit late and “under protest”, at the time they submitted the plans.  The board levied fines for fourteen days, totaling $1,400.00 for the failure to submit the construction bond within the required time period, although the board later reduced the fine to $1,050.00.  The owners argued that the board had neither the authority to require a bond nor the authority to impose a fine for a failure to deposit the bond, since the bond requirement was only a policy adopted by the board, not a requirement explicitly set forth in the restrictive covenants.

Although the amounts of money at stake are fairly trivial, it appears that neither the board of directors nor the owners were willing to back off of their respective positions.  The homeowners lost in the trial court, however they appealed. 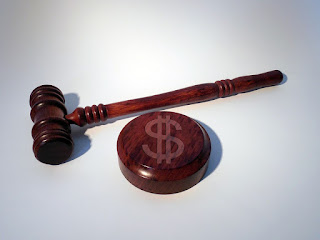 The court cited the long-standing North Carolina law which states that a restrictive covenant is to be narrowly construed, and a homeowners association cannot expand that authority beyond the limits set forth in the restrictive covenant.  The association also argued that since it had blanket authority to govern the upkeep of the common areas, that its authority could be extended to require a construction bond since the purpose of the bond was ostensibly to protect the common areas.

The court disagreed on this point as well:  restrictive covenants that are “clearly expressed may not be enlarged by implication or extended . . .”.   Similarly, since the association could not charge the construction bond in the first place, it could not fine the owners because they failed to timely deposit the construction bond.

Notably, there was a dissenting opinion which argued that the appellate court exceeded its scope of review, because the bond was ultimately refunded, rendering the question moot, and also that the homeowners had asked only whether the association followed proper procedures to impose the fine, not whether the association had the authority to demand the bond.  The presence of a dissent means that the case may be further heard by the North Carolina Supreme Court, if it believes the case warrants further review.

a homeowners association is bound by the explicit authority granted to it in the governing documents, and that authority may not be expanded without amending the declaration. The proper remedy in this situation was to amend the governing documents to grant the authority to charge the construction bond. Boards of directors may, and should, adopt policies and procedures to flesh out their restrictive covenants and ensure that decisions are made in fair, uniform and even-handed ways, but in doing so they must take care not to add substantive requirements for which there is no authority in the document itself.

If you have questions about the scope of authority in your community’s governing documents, please contact us to discuss in further detail.
Posted by Unknown at 1:34 PM