The Wild West, Tamed a Bit 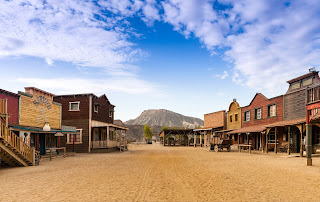 The Act requires every homeowners’ association to have recorded its declaration and bylaws by January 10, 2019 in order for those documents to remain enforceable.  This does not present a new requirement for declarations; declarations already had to be recorded to be enforceable.  The requirement to record bylaws, however, is new.   Most HOAs do not typically record their bylaws, so those whose bylaws are not presently recorded will need to do so prior to January 10, 2019 (some declarations have the bylaws attached as an exhibit when they are recorded and in that case the bylaws will not need to be re-recorded independently, unless they have been modified since they were first recorded.) The unspoken requirement is that the bylaws must be formally adopted by the HOA, which is sometimes an overlooked corporate formality during the rush to incorporate an HOA. By way of comparison, North Carolina does not require HOA bylaws to be recorded.

A note regarding what we mean by the term “recorded”. This term means filed with the county office which oversees land records.  Originally known as the “Register of Mesne Conveyances”, the name of the land records office in some counties is known as the Register of Deeds, or in some counties, the Clerk of Court’s office records land records (“mesne” is an Old English term referring to the office which records the documents making up the chain of title for a particular piece of real estate). Upon recordation, a recorded document serves as public notice of the contents of that document to all the world.

Unincorporated homeowners’ associations, a rarity nowadays, must now provide members with notice at least 48 hours in advance of a meeting where the budget is to be increased in a given year. Incorporated HOAs are presently subject to lengthier notification requirements, and are therefore exempted from the 48-hour notification provision.

BOTTOM LINE: As with most new laws, time will tell how effective this new legislation is at enabling homeowners to educate themselves about their subdivision’s governing documents. In general, we are big believers in transparency and are in favor of HOAs’ governing documents, including rules and regulations, being publicly available and easily accessible. We are glad that the South Carolina General Assembly did not seek to regulate the content of declarations, bylaws or rules and regulations, but only seeks to ensure that they are publicly available. We hope this legislation may silence some of the dubious complaints that we sometimes hear that a member did not know about the homeowners’ association or what was required for compliance. It should also result in more accountability for board members. We query whether the reporting of conflicts between owners and their associations will have a positive effect. At least in our experience, a single or small group of vocal complainers may give the appearance of systemic disagreements; however, in reality, most interactions between homeowners’ associations and their members are positive.

Please stay tuned as this new law is implemented, and of course feel free to contact us to discuss any of these issues and steps needed for compliance, or any other issues affecting your South Carolina or North Carolina HOA.

The full legislation is available here.